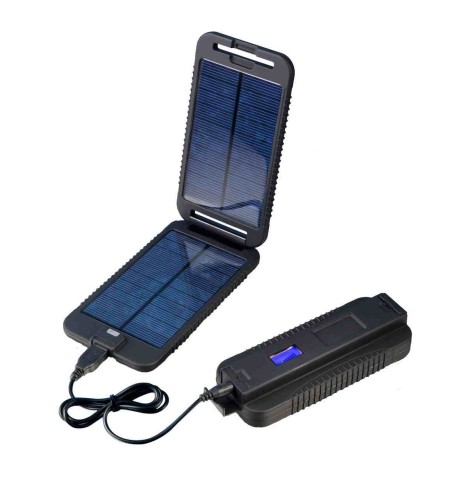 The award-winning powermonkey extreme just got even better.

Originally launched in 2011 after five years in development, the powermonkey extreme is the culmination of feedback from real power users in some of the most remote locations on the planet and completely embodies Powertraveller's understanding of customer's power requirements when they are "off-grid".

As of March 2013, the powermonkey extreme has undergone some serious upgrades to further cement the product's reputation as "charger of choice" in the outdoor and adventure travel market.

The powermonkey extreme houses a massive 9000mAh capacity Lithium Polymer battery and offers users real power in a compact, durable shell. The unit is capable of recharging most 5V devices, (including an iPhone/smart phones up to 4 times, a Garmin Edge 800 up to 6 times, standard mobiles up to 8 times and iPad up to 2 times depending on the model), but it is the 2013 model that really pushes the boundaries.

The updated model also includes a female in-car socket so if users only have an in-car charger for their device, they can now recharge it directly from the powermonkey extreme.

The powermonkey extreme is capable of charging iPads and tablets too. iPad 1, iPad 2, iPad 3 and iPad mini can be plugged directly into the extreme's USB socket via customer's Apple-supplied white sync / charge cable and will recharge up to 2 times depending on the model of your iPad. The iPad 4 has slightly different charging requirements and so the 2013 powermonkey extreme includes a gorilla-pad adaptor specifically for this model. The gorilla-pad plugs into the 12V DC socket and is used together with customer's Apple sync / charge cable to charge iPad 4. You can also use the gorilla-pad for the other iPads/tablets or to give yourself another 5V USB socket if required.

The powermonkey extreme is waterproof for 30 minutes up to 1 metre and shock resistant - perfect for the outdoor, marine & adventure enthusiast, as well as military & aid agencies. When used in conjunction with the aquastrap, the powermonkey extreme will be kept watertight whilst it charges your devices.

For 2013, changes to the LCD screen which displays battery capacity level and working status complete the upgrades to the powermonkey extreme. Rather than bars indicating how much power is in the unit, the new powermonkey extreme has a digital read out numbered from 01 (requires charging) to 99 (fully charged). When the unit requires charging, the battery icon in the bottom corner will flash. Whilst the unit is charging, the LCD screen will turn red and then green once charging is complete. During normal operation, the LCD screen will be blue.

Its unique one touch friction swipe ON/OFF control is designed so the  friction switch can only be turned on if swiped from left to right, which helps to reduce the risk of it being accidently turning on when not in use. To turn the powermonkey extreme on, swipe the panel from left to right with your thumb.  To turn off, swipe with your thumb from right to left.  When the 5V device or tablet computer is fully charged, the auto shut-off function means the powermonkey extreme will turn itself off after 2 minutes, so the user does not have to monitor the charge state of the device being charged - thus saving power.

The solar panel can be attached to tents or rucksacks via the included Velcro strap, so is perfect for hiking and is designed to take the knocks and spills of both the power hungry adventurer and the busy traveller.

The powermonkey extreme unit weighs 242g and measures 152 x 59.5 x 28mm, whilst the solar panel weighs 214g, measures 171 x 90 mm and is 18mm deep when folded. The unit has a very low static wastage (meaning you can leave it for up to 1 year and it will still hold 75% of its charge) and includes a whole host of safety features to give you total peace of mind. The powermonkey extreme comes complete with a useful, durable zipped travel case and is available in four striking colours: Sleek Black, Electric Blue, Graphite Grey, Safety Yellow and Vibrant Red.

You may also want to consider the aquastrap - a clever accessory designed specifically for the powermonkey extreme to keep it watertight whilst it charges your devices! 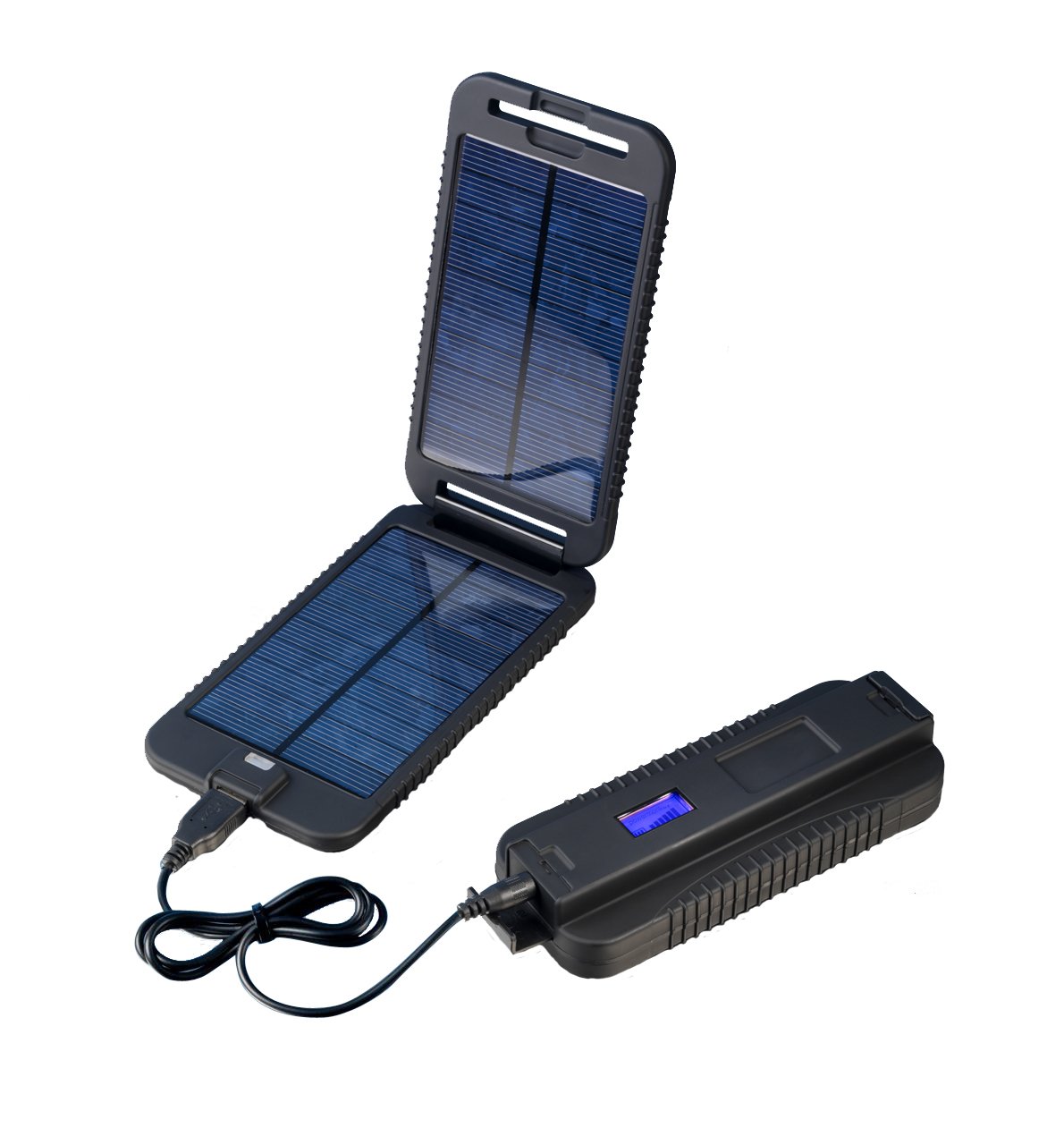 Will Also Work With 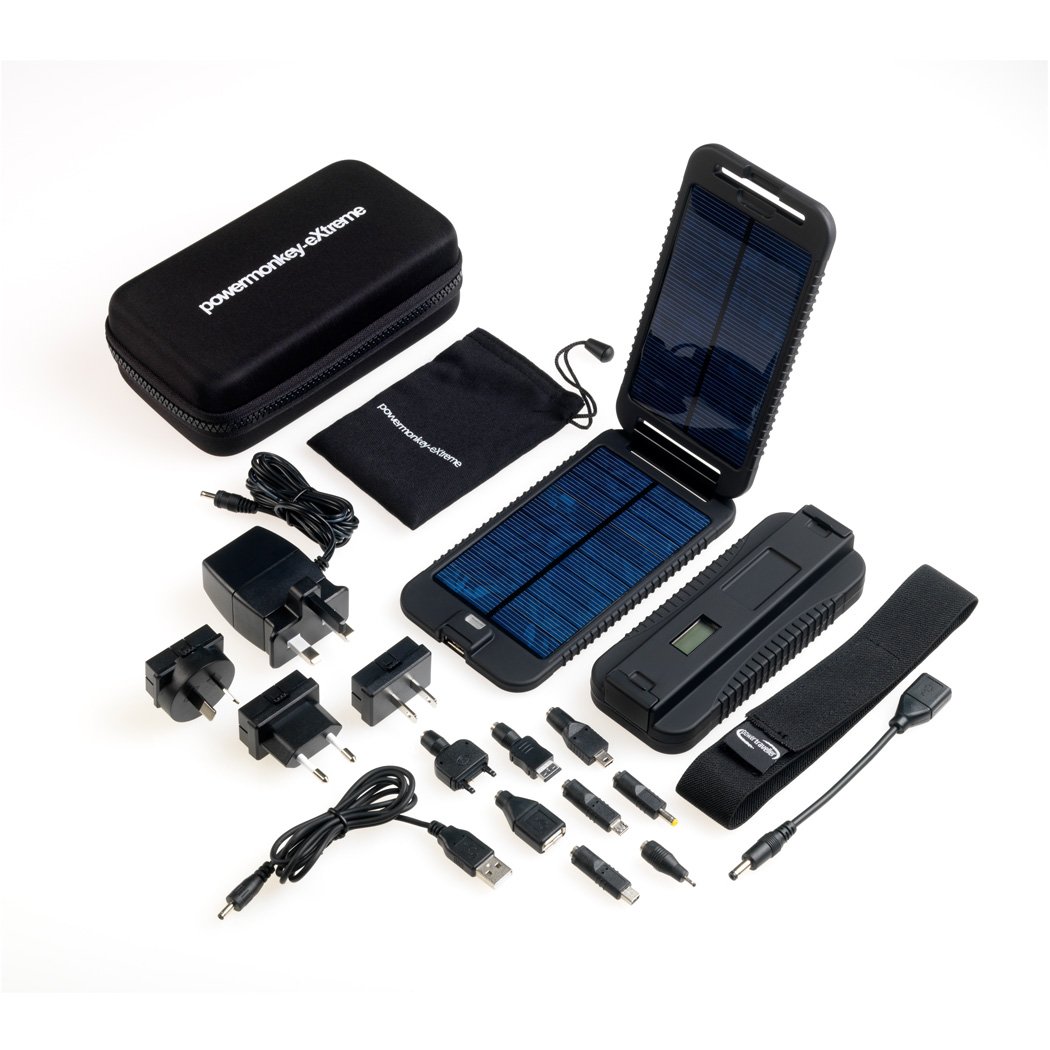 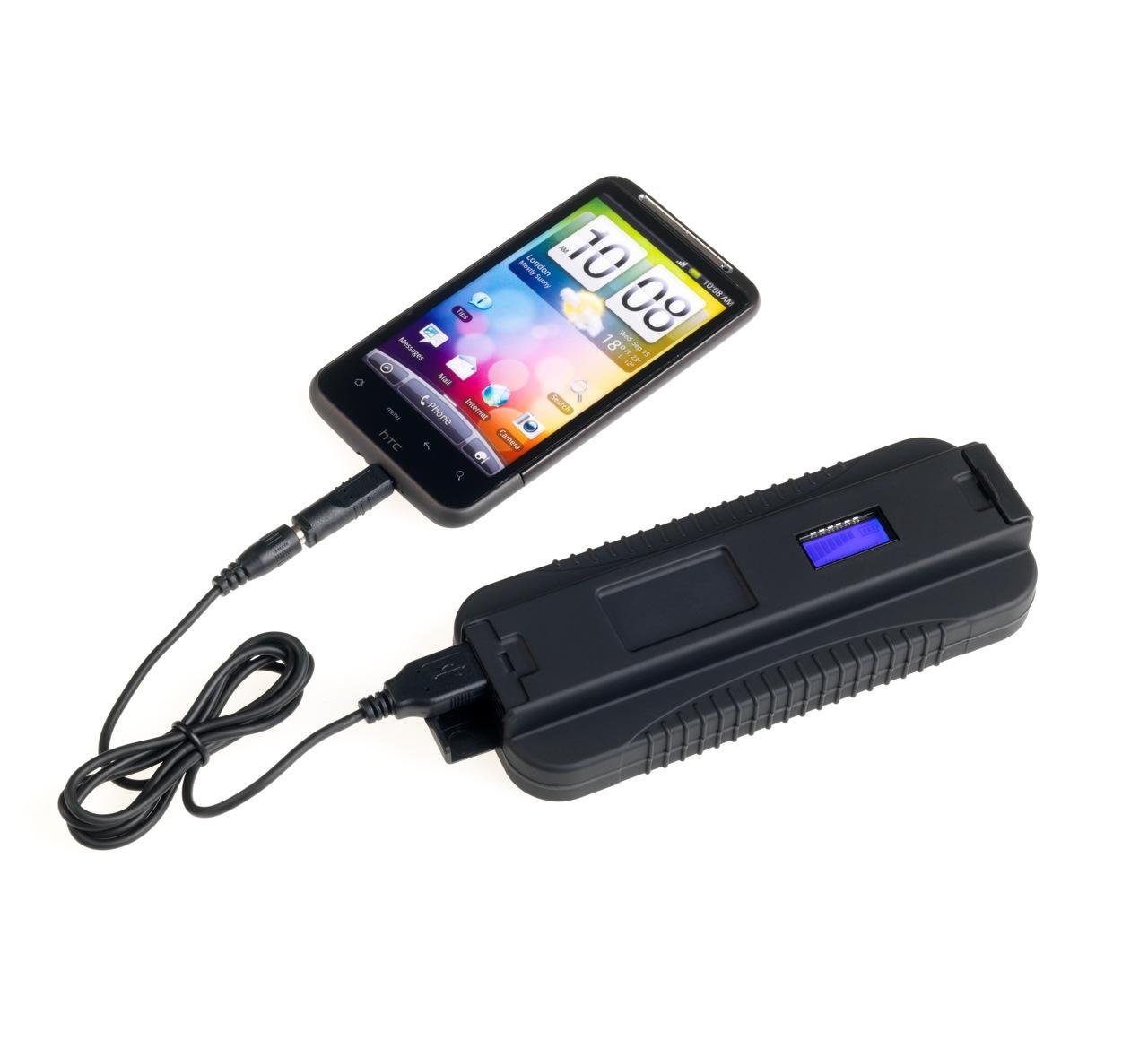 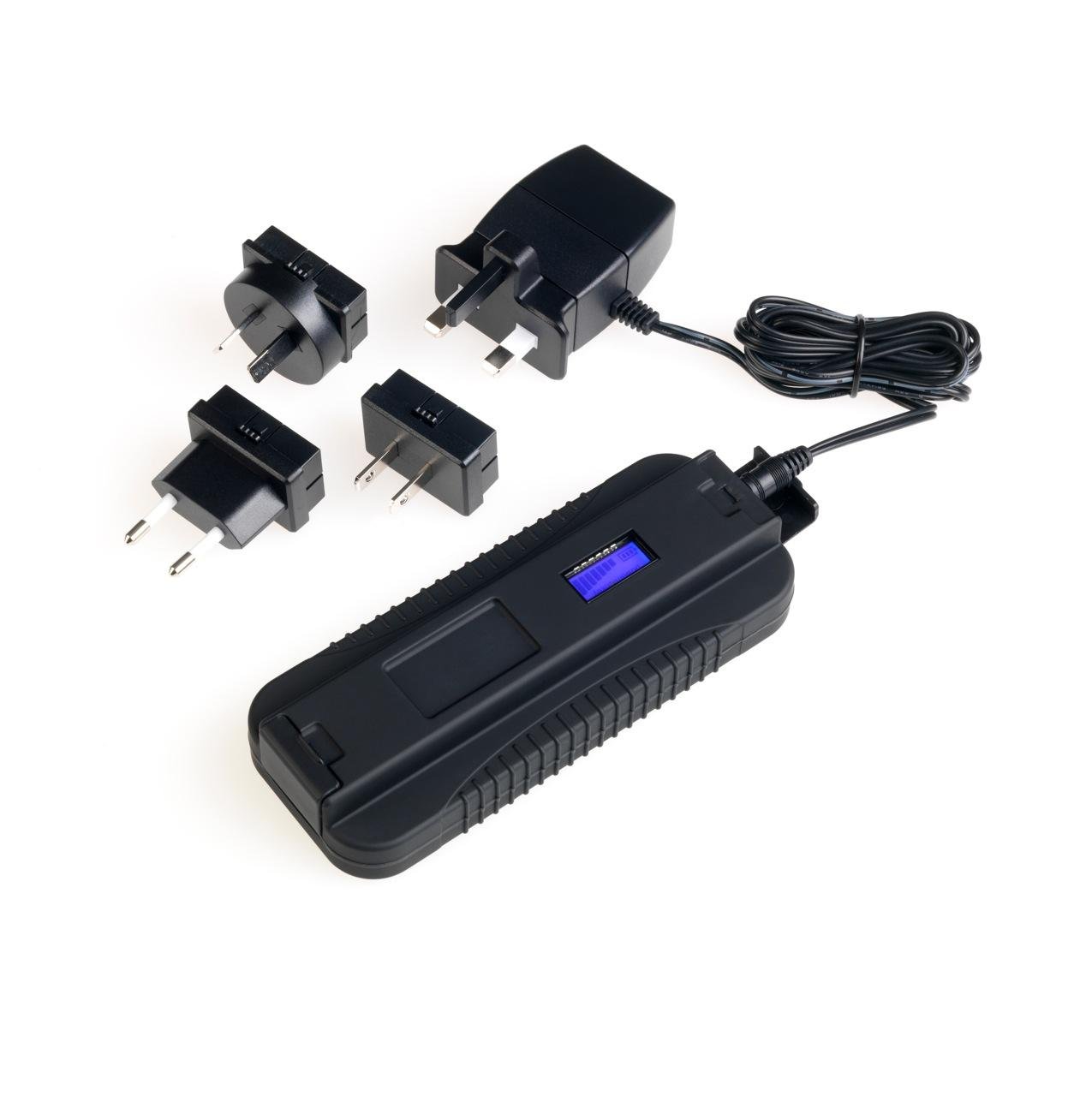 WELCOME TO OUR WORLD

Powertraveller designs, develops and manufactures an award winning range of portable power and solar chargers for electronic devices.  Designed in the UK and tested to destruction in some of the world’s most inhospitable environments, the products in Powertraveller’s range are capable of charging anything from cell phones (including iPhone and BlackBerry) and iPods through to Sat Navs, GPS systems, iPads and laptops.

Powertraveller products give the end user freedom to pursue an active outdoor lifestyle by keeping essential lines of communication open whilst they are “off-grid”.

Powertraveller’s vision is to push the possibilities of portable power so that wherever our customers find themselves they can go further.  Our culture is defined by R&D and innovation and a shared passion for technical excellence with a “we can” approach to customer service.