THE RECIPE THAT
SURVIVED A SHIPWRECK

Few lovers of the perennially favourite Mrs H.S. Ball's Chutney™ will know just how close the recipe for their favourite sauce came to being buried in a watery grave! For in 1852 when the SS Quanza was shipwrecked off East London, South Africa, en route from Canada to Australia, Captain Adkins and his wife were lucky to escape with not only their lives but also the blueprint for what was to become of the South Africa's most unique and priceless culinary icons.

Making the best of their situation, Captain Adkins and his wife settled in King Williamstown. In 1865 their daughter, Amelia was born. She was later to marry Mr Herbert Sandleton Ball, a railway superintendent from Cape Town. As part of her coming of age, the young bride was given the coveted secret chutney recipe.

When The Great War broke out in 1914, the Ball's chutney was being made on a small scale and was either given as gifts to friends or sold at church bazaars. So popular became its wholesome, piquant and fruity flavour that the Ball kitchen was transformed into a makeshift production line. As demand continued to soar, Amelia and Herbert sought the assistance of Cape Town businessman Fred Metter, who procured both the octagonal jar and the oval label with which today's chutney lovers are so familiar.

Notions to name the product "Mrs H.S. Ball's Chutney™" went uncontested as were those to add the Ball family crest to the top of the label. The Woodstock factory opened in 1917 to meet escalating demand, and as exports to Great Britain increased, an even bigger facility was later opened in Diep River. In 1962 Amelia died at the age of 97, at peace that the secret recipe was known only to her son and to her grandson

Naturally delicious with just about everything! It’s gorgeous with quiches, scrumptious with scotch eggs & makes an outstanding addition to any sandwich!

Mrs H.S. Ball's is prepared from the best South African apricots and peaches. Export Quality. We use Mrs Ball's Chutney for our chilli chutney biltong. 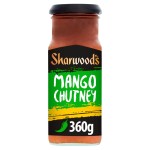 Juicy Indian mangoes, matured for their mouth-watering flavour, are then simmered with a special blend of spices to give you this classic chutney. 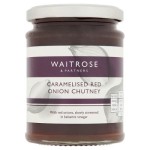 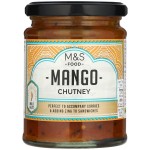 Flavoured with a garam masala spice blend, this sweet mango chutney is great served alongside poppadoms. 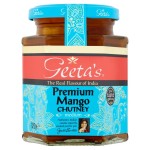 Inspired by a family recipe, I have combined carefully selected spices with succulent fruit to create a unique tasting Indian chutney

A rich caramelized chutney, full of Bramley apples and pears, with hints of black treacle and spices lovely with cheese or cold cuts. 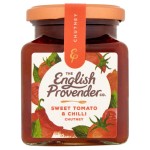 Layered flavour with just a little heat, to make every mouthful pop with piquancy. 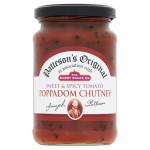